Combining a healthy food, excellent customer service and showing other Morrison associates that he’s not afraid to get his hands dirty in the kitchen has been executive chef Marcus Blackstone’s formula for success at Indian Path Medical Center in Kingsport, Tennessee.

Blackstone and Amanda Horton, director of food services, were recently credited by the hospital’s CEO for not only revitalizing the food quality in the café but also providing extraordinary service to physicians, nurses and other staff at the 261-bed non-profit hospital in this tight-knit community in the Appalachian Mountains.

“They have brought innovative ideas to our hospital and have been instrumental in increasing both the variety and the quality of food in our cafeteria,” said Monty E. McLaurin, chief executive officer for the Mountain State Health Alliance. “With respect to special events, they both really shine. We commend them on the efforts they have made to ‘raise the bar’ for other hospital food service departments.”

Since joining Morrison in spring 2015, executive chef Blackstone has revitalized the café menu while continuing to serve local fare that appeals to visitors. There’s been a new emphasis on healthy foods by expanding the café’s chef’s table from three to five days each week. His entrees include Asian and Tex-Mex power bowls with superfoods and quinoa. He’s also doubled the number of vegetables in the salad bar to 26, and offered Cobb and other salads, as well as gluten-free options.

At the same time, Blackstone continues to offer potato and taco bars, both which are local favorites with the approximately 400 people that come through the café each day.

“I wanted to broaden our healthy food options, and we’ve seen more people choosing quinoa over white rice for their power bowls,” Blackstone says.  “But this is not big city eating. We still serve a lot of beans and cornbread for people who want more traditional local food.”

While quick to point to improved food quality and choices, CEO McLaurin has been particularly appreciative of executive chef Blackstone’s ability to help promote the hospital to physicians and other medical professionals. As part of the hospital’s annual Physicians Appreciation Day, Blackstone worked up a special menu consisting of Chateaubriand, shrimp Marseille, a Mesclun salad and several vegetables.

“The physicians and our medical staff raved about the extra effort made by our food service department to make the luncheon very special,” McLaurin said.

Even more impressive has been Blackstone’s ability, on short notice, to prepare and cook a gourmet meal for special occasions.  Not long ago, McLaurin was unable to find a local restaurant to accommodate a large group as part of an effort to recruit a visiting doctor. So he turned to Blackstone for help.

“[All the hard work] was well worth it. Everyone loved the food, the event was a success and the doctor accepted the position with the hospital.”

Blackstone’s effort to meet these special requests fits with his commitment to customer service that has not only helped the café increase revenues but served as a catalyst for his staff of 30 people to provide more attention to detail in all parts of their jobs.

Over time Chef Blackstone has learned how exemplary customer service and the overall patient experience go hand in hand. “I’ve tried to make service a top priority,” he says. Blackstone understood that getting the staff to improve service would only happen if they trusted him. He worked to gain their trust shortly after arriving at Indian Path by cleaning floors alongside the staff, getting on his knees to sweep under shelves and other areas in the kitchen.

“In my career as a chef, everyone in the kitchen is in the trenches together, working to make the operation a success. I want everyone in the café to see that I’ll do the same kind of work as everyone else. When they see me on my hands and knees with a bucket of soap, hours before the salad bar opens to make sure everything is clean, they can see we’re in this thing together.” 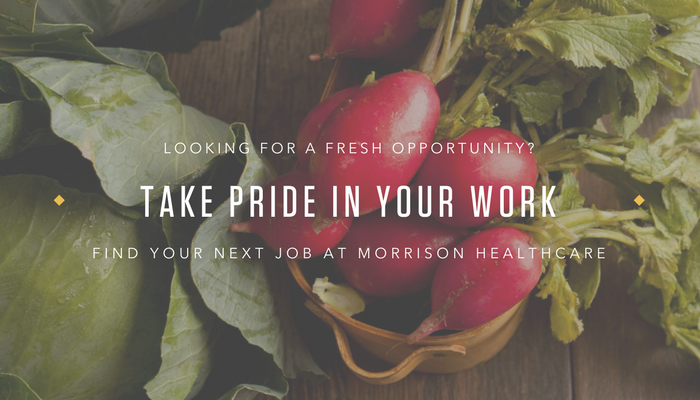