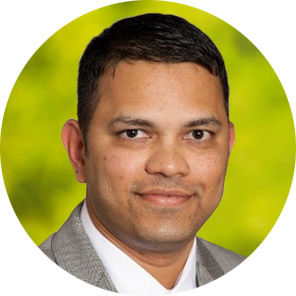 Avi Pinto is the central division president for Morrison Healthcare, where he oversees $504 million in managed volume. In this role, he works to open new business and provide strong leadership to support the company’s mission of bringing the “Power of Food” to some of the nation’s largest hospitals and health systems.

Avi joined Morrison in 2008 as the finance director for our retail team. In 2011, he was named senior director of finance for Touchpoint Support Services, another division of Compass, and played an integral role in the company’s formation and development.

He returned to Morrison in 2013 as a regional director of operations. He held roles as a regional vice president and senior vice president before becoming promoted to lead Morrison’s Central division in February 2019. Before joining Morrison, Avi worked as a management consultant with Deloitte.